The Spirit world and I 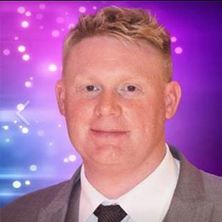 Richard is a National and International Spirit Medium living in Perth, Scotland.  Richard is a well established and experienced Spirit, Trance Medium and Psychic Surgeon who demonstrates his abilities throughout many spiritual churches within the UK and abroad. Being a Spiritualist Minister of the Spiritualist Church, he has vast amount of knowledge within all aspects of mediumship and is renowned for his teaching techniques within all related subjects. He has taught and developed many Mediums in his time, with some ex students of his going on to many great things including working on national TV, which reflects on his unique method of teaching.

Richard has many strings to his bow, including many Radio Interviews and in 1997 was involved within a Channel 4 TV Educational Documentary on complimentary therapies.

Richard has been aware of communicating with spirit as far back as he can remember since a near death experience at a very young age.

After this, Richard entered the world of mediumship and embraced it with open arms and has created a sound name for himself over the year to this date.  He started working for his local church when he was 12, he then slowly worked his way around the UK churches and abroad. Richard then became Secretary to the Perth’s Spiritualist National Union Church at the age of 16, served the church for years in various roles and then went on to move to Cardiff, Wales where he joined the a local Spiritualist church and went on to become a minister of the Society. Richard then Moved to Derbyshire and eventually back to Scotland where he has settled since 2007.